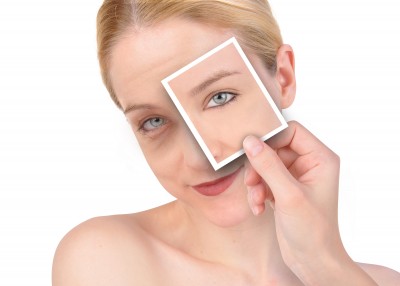 Dark circles under eyes are mainly caused by low body-oxygen levels due to overbreathing that is present in over 90% of people. Dark circles near eyes should not be confused with bags under the eyes due to water accumulation. Millions of people suffer from one, but not the other condition. Some people may have both challenges at the same time.

What causes dark circles under eyes?

Many scientists suggest that exposure to allergies and poor circulation are key causes. Eczema, heredity, aging, nasal congestion, excessive sun exposure, and other factors are often blamed. Dehydration and nutritional deficiencies (a lack of vitamin C, iron deficiency, and vitamin K deficiency) can also contribute to having dark circles under eyes.

However, there is one key missing factor that defines circulation, oxygenation and the immune state of the skin. This major factor (correct breathing) was present in people living several decades ago but is absent in the modern population. This graph explains why humans used to have bright healthy eyes (that you can see in dozens of old movies). 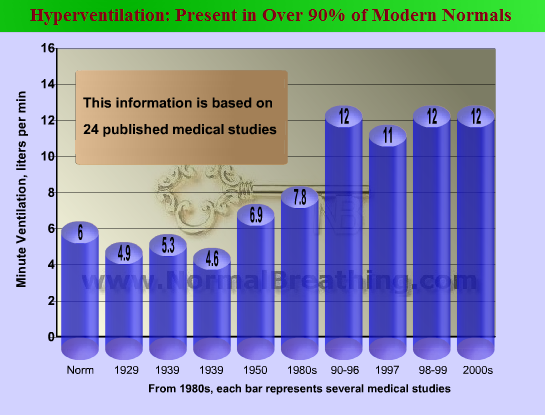 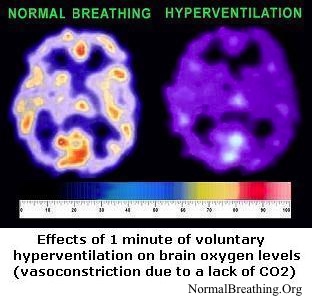 Since contemporary men and women suffer from chronic overbreathing (even when they do not have dark circles under their eyes), they suffer from poor blood flow and reduced-body-O2 content. Overbreathing also undermines the function of the immune system. Sick children are particularly sensitive to developing dark circles when they hyperventilate.

It is common for modern people to have less than 20 seconds for the DIY body-oxygen test (see test-related links below). Note that the medical norm is 40-50 seconds, and ordinary people in the past had over 40 s for the same test.

Note that nearly all suggested above factors for Dark Circles Under Eyes are either a part of the hyperventilation syndrome, or they lead to its appearance (as is the case with nutritional deficiencies).

Home remedies for dark circles under the eyes

Over 200 Russian medical doctors found that the problem with dark circles around or under the eyes naturally disappear when their patients start to slow down their automatic breathing patterns. Here are the major goals:

1. Increase body oxygenation up to X seconds 24/7 to remove most allergies naturally and boost blood flow and oxygenation of the skin naturally. This exact number X is provided right below here as your bonus content.

You need to have over 30 seconds for body-oxygen all the time of the day.

2. Spend over 2 hours in fresh air or install an air ionizer to improve air quality.

3. Ground yourself to reduce blood viscosity and remove inflammation.

4. Exercise only with nose breathing (in and out), avoid supine sleep (the worst sleep position according to all 24 clinical studies that compared effects of sleep postures on health), learn how to maintain nasal breathing 24/7, and study other Modules in Section “Learn here”.

5. As a temporary measure, you can use make-up powders and/or eye creams that usually do have some limited positive effects.

Or go back to Hyperventilation Symptoms